Skip to content
28Jul 2011 by Jeremy Weiss No Comments

A number of years ago, one of my coaching buddies told me he had just bought 10 Attack Triangles to use for his team. I took a look, but didn’t totally see the value. I thought it looked a little gimmicky, and it seemed like it would be a hassle to bring that many on the ice each practice.

It wasn’t until a couple of months ago that I actually got the chance to use the Attack Triangle, and when I did, I liked it a lot! 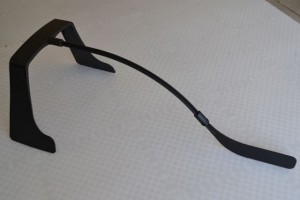 The Theory
The Attack Triangle is designed to mimic a defenseman in a 1 on 1 stance. You’ve got the stick and two skates, and they’re positioned exactly where a real player would have them. The fact that it’s a 3-dimensional model makes for a more realistic experience for your players. For example, if you start your move too late, you’ll hit the the stick and lose the puck. If you don’t pull your stick back in time, it’ll get caught up in the Attack Triangle’s stick, and once again, you’ll lose the puck. 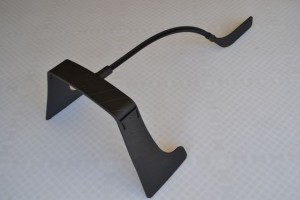 Off-Ice Training
A big part of effective stickhandling practice is just getting your reps in, plain and simple. This is where off-ice training with a tool like the Attack Triangle can come in REALLY handy. Instead of having a partner stand there, mimicking a defensman’s stance for countless reps, you just set up the Attack Triangle, and go to town. I definitely recommend getting one or two of these for your off-ice training center. 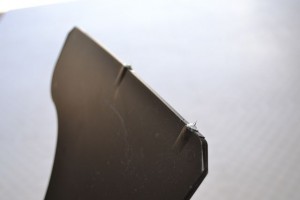 On-Ice Benefits
This training tool can also work in your favor as a coach during practices. In the past, I’ve often had a coach offer “token” resistance in a stickhandling drill, and basically stand in the way, in a defensive stance, and let players make moves around him… maybe you’ve done the same? While this method can work, it’s taking at least one coach completely out of the equation! Now instead of coaching, he’s playing “token defense.” Definitely not the best use of personnel in my opinion. Why not throw down an Attack Triangle and let your coaches be free to coach?

Conclusion
The Attack Triangle is a really good tool, with a lot of possible uses. In my mind, having one or two for your off-ice training center is a no-brainer. It will help you to develop your dekes and moves in ways that are much more realistic. On the ice, I also see many uses for the Attack Triangle. The only question is how likely are you to bring them to the rink and back every practice? If you have a situation where you can leave them safely at the rink somehow, then I’d definitely consider picking up 10-12 to use in place of cones.