I don’t throw around the term “game changer” very often. And I definitely don’t use it lightly! But I believe Raven Hockey sticks to be just that – a GAME CHANGER. Let me explain why.

In order to understand what makes Raven sticks so special, it’s important to understand how stick flex works. Here are the key points: 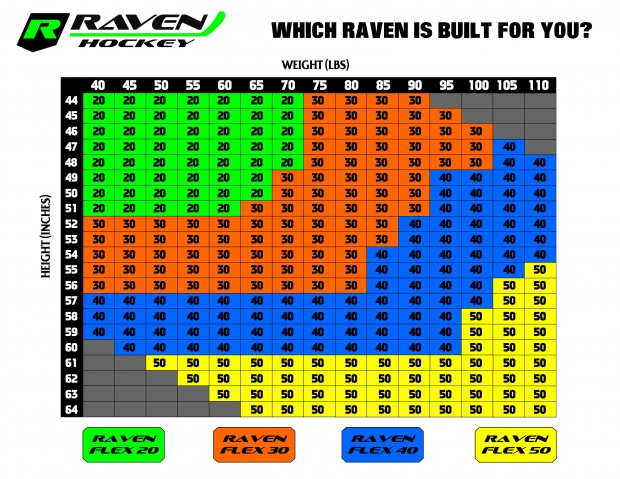 Now let’s take a look at the specs on your typical youth stick. I recently bought new sticks for Tyler and Chase. The sticks were 35 flex PRE CUT, which is already too stiff for both my kids. They were also A LOT longer than they needed to be. So we had to chop quite a bit off, which increased the stiffness even more. By the time all was said and done, I’m guessing we were at about a 50 flex for Tyler, and possibly at 60 flex for Chase. Tyler weighs just over 60 lbs, and Chase weighs just over 50 lbs. So their sticks are way too stiff for their weight!

About two weeks ago I came in contact with the guys down at Raven Hockey. It didn’t take long for me to realize these guys were onto something that would literally revolutionize youth stick manufacturing. Raven sticks are built to fit youth heights and weights.

The sticks come in 4 flexes; 20, 30, 40, and 50. The lower flex sticks are shorter, meaning the flex is measured at a shorter starting point. So you aren’t chopping off as much, which means you know you’re closer to it’s true flex, even after you’ve cut it.

They have also made some other adjustments that work really well too, including: 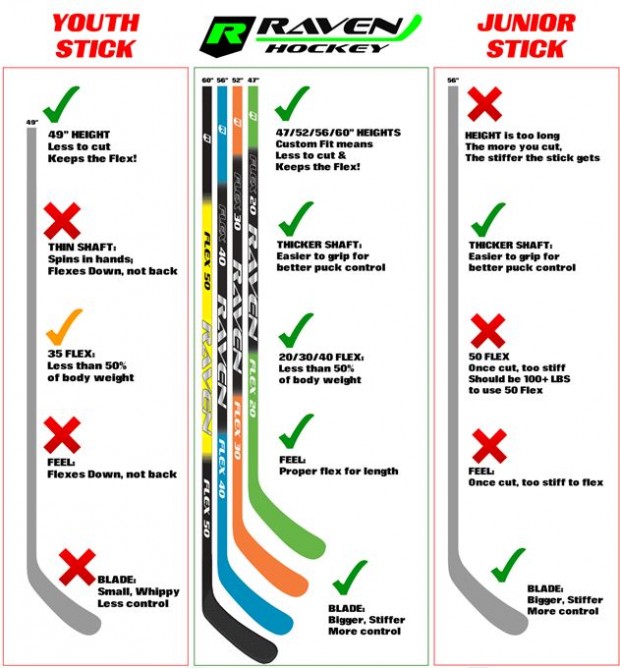 Our Experience with Raven Sticks

Our Raven sticks arrived early this week. We chopped them, taped them, then put them to the test. Tyler and Chase immediately had a 2-3 mph improvement on their wrist shots, and that has continued to increase as they get used to the feel of the sticks. Their hands seem to have improved as well, especially with Tyler (my 8 year old). We’ve had two on-ice practices with the Raven sticks, and the kids are shooting mini laser beams!

The sticks behave just like a scaled down version of an adult stick, which opens up the door for slap and snap shots. In the past I’ve always recommended players stay away from slap shots until they get older. Even if they can perform the mechanics, they don’t have the strength or weight to make the stick flex properly for them with a conventional youth stick.

This all changes with Raven. With a stick that works properly for the kids’ size, I’ve begun teaching Tyler the slap shot. He’s picking it up pretty quickly, and the stick works like magic for him. You can see in the picture below, the perfect amount of flex. With a slap shot being a possibility now, this opens new avenues in the development of youngsters! 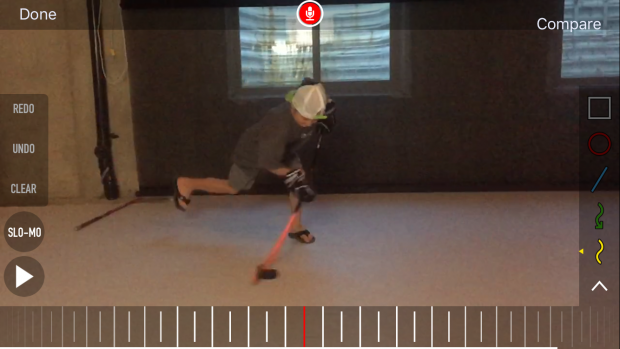 In case you couldn’t tell, I’m REALLY excited about these sticks, and endorse them 100%. I don’t think I’ll be able to have my kids go back to anything else after seeing their game using Raven sticks. Having functional equipment allows players to develop better. On top of the performance benefits, Raven also offers a 60 Day warrantee on all their sticks. It’s a no-brainer… really! 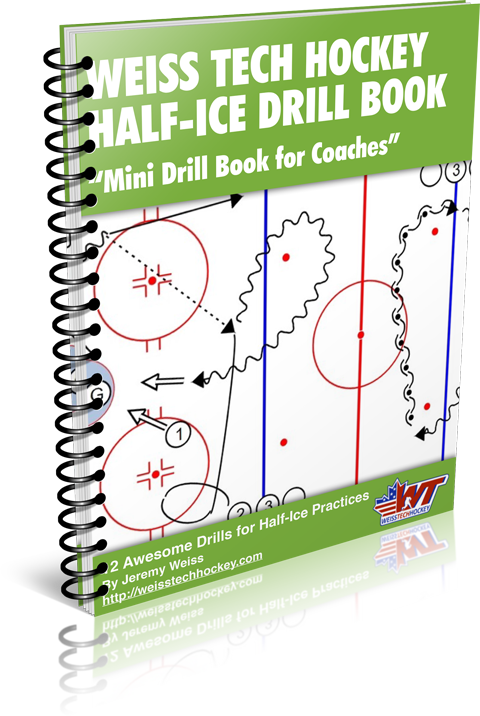