The 3 Cone Rebound Drill will work on stopping the puck from outside shots, rebound control, recovering, covering the puck, handling rebounds and more. Here are the goalie’s objectives: 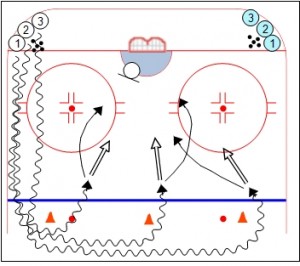 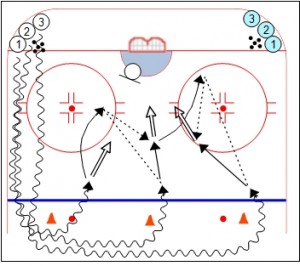 Variation
1. Same set up
2. 1st player does the same thing
3. 2nd and 3rd players do a give and go in the slot with the player who went before them.

The second variation forces the goaltender to move much more before the shot is taken. Coaches need to make sure to spread out your shooters so your goaltender can work on his/her objectives in the drill effectively.