Skip to content
18May 2015 by Jeremy Weiss No Comments 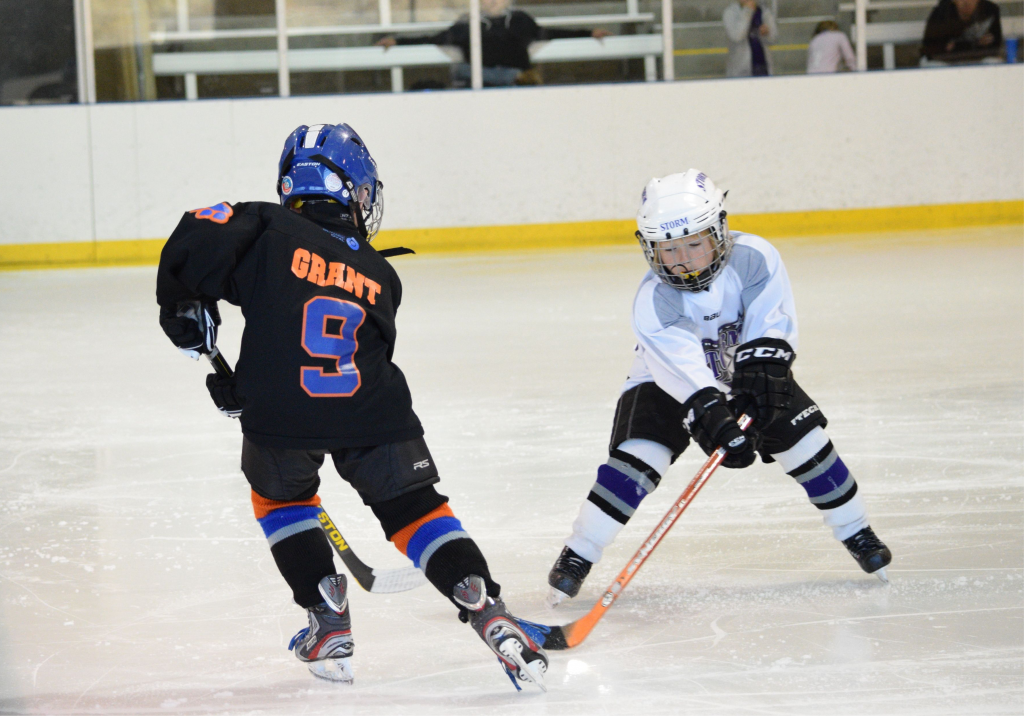 Over the past few weeks, we have been diving deep into the American Development Model, or the ADM as it has come to be known. In my mind, there is a MAJOR question that needs to be addressed if we are to give a fair assessment of the ADM: That question is “what is the objective of ADM?”

Is the objective to improve our top end? (i.e. Better performance on the world stage; more NHL’ers; etc.), or is it to keep more kids in the game for longer? In a previous article I made the statement that those two objectives have vastly different courses of action.

In the previous articles, we hit the following topics:

In this article I want to discuss ADM’s Travel Hockey Recommendations & Ages. There’s some concerning stuff here that most folks aren’t seeing. Let’s dive in!

Before we get into the “meat and potatoes” of this discussion, I think it’d be good to get a few terms defined so that we’re all speaking the same language:

In a TEXTBOOK implementation of ADM, travel hockey isn’t an option until Bantam. Yes, you read that right. Here’s a quote from the ADM Guide – 2011:

“Once a player has reached the Bantam level, he or she can take part in an accelerated track. This track is designed to get them more ice time, which means more time can be devoted to specific skill development. It is a more rigorous track, but it is also one that provides talented skaters with more opportunity to hone their craft.”

In other words, before Bantam, programming for all players is equal – no matter the skill level or ability.

“And proper training starts with praising and coaching players equally instead of showing bias toward kids who display early aptitude. We need to get away from praising talent and start to praise effort. Praising talent is de-motivating and not really accurate because at young ages it really may not be talent. It’s crucial that, for developmental purposes, we allow kids to develop at their own pace. Kids that excel early tend to be physically more mature. Even six months can make a huge difference.”

Good rhetoric, right? In fact, I even agree with SOME of it. I like the idea of praising effort instead of talent, and there have been some interesting studies that support that concept. However, let me illustrate what the previous paragraph actually looks like in practice:

Johnny is 7 years old, a first-year Mite house player by age group. He’s been playing for two years, and he loves hockey. Since there aren’t many Mini Mites in his area, his local league lumps all U8 players together. At home, he works on his skills in the basement. He plays other sports too, but hockey is his favorite.

By the end of his season as a first-year Mite, he, and a few of his other first-year-Mite teammates are doing very well. They’re every bit as capable as the second-year Mites who will be moving up to Squirt. His team wins about 98% of the games they play in this season, including going undefeated in the playoffs.

Johnny’s dad starts worrying about what will happen next year. His organization runs the ADM, so there’s nothing beyond house until Bantam. No select, no travel. He asks about the possibility of moving Johnny up, and is told that ADM discourages moving underage players up. See “Should My Child Be Playing Up?“

So in this scenario, what should Johnny’s dad do? He can’t play him up, and there’s nothing more than house as per ADM’s guidelines. Johnny is going to be left in the same league, at the same age group he just dominated, and will be spinning his wheels another season, while he is more than capable of contributing on an older team.

I agree that nothing is set in stone at Mite, and that a lot of kids will grow and progress, and possibly be better than Johnny by the time they’re 16 years old. But does that mean we should stifle Johnny’s progress now?

The rhetoric of “no child left behind” sounds great on paper. But in real life, kids progress at different paces, AND THAT’S OK. Kids who take to it later will find their way back into the hunt with the best kids when they get older. And when it all shakes out in the wash, the kids with the most talent, who worked the hardest, will be the ones left standing. AND THAT’S OK TOO!

Well, I’d just take Johnny to “Such and Such” Organization…

I’ve had discussions with folks who say they’re big fans of ADM. When I ask them about their thoughts on travel hockey not starting until Bantam, and what they’d do if their kid fell into the situation described above, they say something like “Oh, if he got good enough, I’d just take him over to “_________” organization, they’re a travel program.”

I want to take these folks by the collar and say “Don’t you get it? That’s no longer ADM!”

In a recent article published on usahockeymagazine.com, we read the following:

“Our emphasis with the ADM to this point has been on the 6- to 12-year-old hockey players, and even more specifically with the 8 & Under age group. […]

“We’ve also been discussing a hockey culture  that has evolved into encouraging too many games in relation to practice opportunities; pushing early specialization in one sport; an over-emphasis on ‘travel hockey’ at a young age; and too much importance placed on the scoreboard and teams’ won-loss records.”

See link for full article: “ADM Process Puts Emphasis Back on the Player“

You see, they’re saying it without saying it. They start by specifically targeting the 6 to 12 age range (which is everything pre-Bantam), then go on to say that one of the problems is “over-emphasis on travel hockey at a young age.”

So, are there still travel programs for these ages in certain parts of the country? Thankfully, yes. At least for now. However, I believe USA Hockey will keep chipping away at this “ideal” until they achieve what they’re after. The intent is that the ADM be applied to ALL PLAYERS, regardless of age or skill level.

On page 10 of the 8U Guidebook, you’ll see the following statement:

“Is the ADM just for the recreational player?

Absolutely not. The principles and practices of the ADM ensure that our players continue to develop to the highest possible level and reach their full potential.”

Again, the ADM is intended to be implemented at all ages, and all skill levels. USA Hockey has labeled it as “a program that will provide a better future for all. All ages. All talent levels. All organizations. All of hockey.”

Now, let’s combine what we’ve discussed in this article, with the Practice-to-Game Ratio discussed in the previous article, and you’ll see that this programming is creating the perfect storm.

As I mentioned in that article, we’re really in a race to age 15, if we want to be competitive on the world stage. Go back and read that article if you want my full explanation on that.

Under the ADM, not only are we setting our kids up to have half as much game experience by age 15 as their Canadian counterparts, but now we’re saying only 1 or 2 of those years can be in a competitive, travel-hockey environment!

It doesn’t really matter that the science says male athletes don’t reach their physical peak until age 23. The NHL draft is age 18. The World Juniors are U20. The Major Junior drafts are ages 14-15. Which means you have to be functioning at a HIGH level by Bantam… not just getting started on the “accelerated track.”

Leaving Development on the Table

It is my opinion that we are leaving development on the table by not allowing travel hockey at young ages. USA Hockey tries to talk around it, but really, they’re trying to phase it out. Again, from the 8U Guidebook:

“While USA Hockey is not eliminating travel between associations for Mites, it is looking to eliminate Mite travel hockey as it has come to be. The reason is because there is too much emphasis put on the formation of travel teams, winning, losing and time spent in the car at the 8U level, and as a result there is not enough emphasis on building the foundation for developing skilled hockey players in the future.”

In other words, they’re okay with “Select,” but not “Travel” (using our definitions above).

This statement hits close to home for me in a number of ways, mainly because I’ve had so many awesome experiences with travel hockey, both as a player, and as a parent. My question is “who is USA Hockey to tell me how much time my kid should spend in the car?” If this is one parent’s opinion, that’s fine. They don’t have to participate in the travel programs. But it isn’t my opinion, so why do they feel they can limit my child’s options?

In terms of hockey development, in places with a low hockey population, the only option for consistently good competition is to travel. But it goes much deeper than that for me. Traveling can be some of the best time spent a parent will ever have with his or her child.

One of the most beautiful things about athletics is that it gives parents a real excuse to spend quality time with their kids. I couldn’t count the number of deep conversations I had with my father, in the car, on the way to and from hockey. We’d talk about all kinds of stuff, and it was completely natural, because it was part of “what we did” as a hockey player and a hockey dad.

Furthermore, road trips make for some of the most natural team-building experiences you could ever ask for. Again, most of my fondest childhood memories revolve around things like playing mini sticks in the hotel hallways, or swimming with my teammates on tournaments. These types of things are what hockey childhoods are made of. And we’re robbing our players of more than just hockey development by limiting their opportunities to have these experiences.

The ADM’s travel hockey recommendations, combined with their recommended practice-to-game ratio, is setting our players up for failure. Our players will have fewer games, and they will be at a lower caliber of play; all in the name of creating a level playing field for late bloomers. You’ll see in the next article, that these problems are made even worse when combined with inadequate coaching abilities and ADM’s practice methods.

Lastly, I’d like to reiterate that it is okay to have differing abilities, talents, and commitment levels. That’s part of sports, and that’s part of life. Why handcuff the kids who are progressing quickly, or the ones who are more dedicated at young ages? The ADM should provide growth opportunities for ALL players, including the ones who have developed early. We should embrace excellence at ALL ages, and let the high tides raise the rest of the ships, so to speak.