Skip to content
27Jun 2011 by Jeremy Weiss No Comments

The FlyPuck is a Great Tool for Achieving an “On-ice” Feel, While Off the Ice! 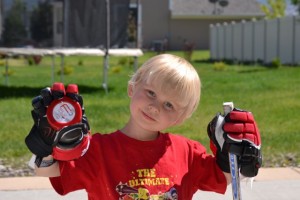 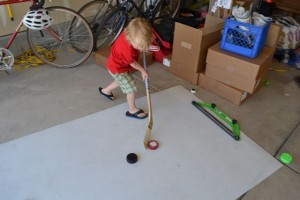 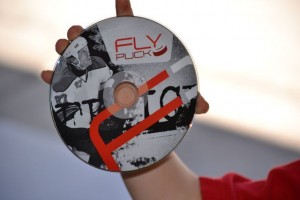 Over the past few years, a number of off-ice hockey pucks have made their way onto the scene. Initially, most of these pucks were designed to be used for roller hockey, with the intent of using them on a SportCourt surface. Some of these pucks worked ok, some of them not as well… but at the end of the day none of them REALLY did what we needed them to do.

The FlyPuck was created specifically as an off-ice stickhandling puck, and is made from a hard plastic that is not only durable, but heavy enough to feel like a real puck. The design features a recessed middle that reduces contact points (friction) with the surface, and allows the puck to slide and behave much like a real puck does on the ice. Every FlyPuck also comes with a DVD, which is a cool little bonus with some drills and exercises you can use on your own.

My Experience
With any stickhandling puck, you’re gonna have the best results on the smoothest surface. I first used my FlyPuck on the Dryland Flooring Tiles I have set up in my garage. The puck felt almost EXACTLY like a real puck does on the ice. In fact, it’s probably my favorite puck when on a good, smooth surface like the tiles because it behaves so closely to the real thing.

After I’d messed around a bit on the tiles, I moved out to the pavement, and was impressed there as well. The FlyPuck did really well for me as a stickhandling puck on the pavement, but I didn’t really like it for working on passing… it tended to bounce too much, and didn’t stay as flat as I would have hoped. The Green Biscuit was a much better puck when it came to passing on pavement as you’ll see in my Green Biscuit Review.