Skip to content
23Jun 2012 by Jeremy Weiss No Comments 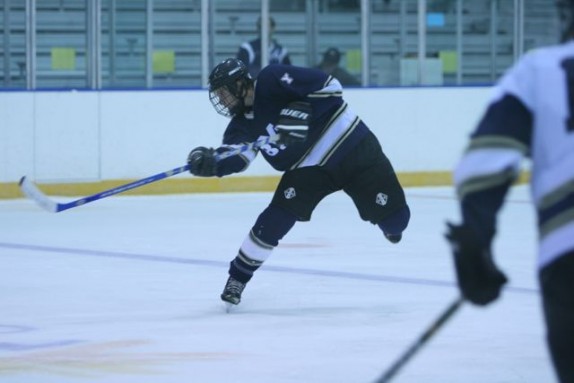 “Who is my competition anyways…?” This is the question EVERY player should ask him or herself!

The purpose of this blog is to help build better teams, by providing players, coaches, and parents with useful drills, tools, and information. You often hear me talking about on-ice strategies and tactics, or off-ice drills and workouts that will give you an EDGE over your competition. 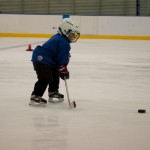 They’re all the same… Well… Almost!
As you move into higher levels of play, the skill-sets of each player become more and more similar. Think about it… who scores the most goals at mite hockey? It’s the kid who can skate the fastest! Who scores the most goals at Peewee? Now that most kids can skate, other tactics like shooting, playmaking, and read & react abilities start coming into play. How about at Midget? Juniors? College? NHL? At the top levels of play, the difference in physical skills from the best player on the team to the worst is minimal. So the importance of gaining an EDGE over your competition is even more crucial!

So who’s my competition?
Who exactly is our competition anyways? This is a huge question, and one that every player needs an honest and healthy understanding of.

When we talk about training, and dominating our competition, the first thought that comes to mind is the OTHER team, right? Of course we want to annhialate the other team… we want to be stronger in the corners, meaner in front of the net, faster to the loose puck… we want to think the game faster, and punish them on the scoreboard… right? If that’s not the case for you, then you’re definitely in the wrong sport. In fact, athletics is probably the wrong field for you in general!

But let’s think a little bit deeper on this… what about our own teammates? Could they be competition too? My response would be ABSOLUTELY! 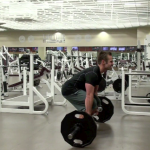 When you no longer have the “buzzer” to signal the end of your shift…
The moment you graduate from “house league” hockey, your teammates become your competition. Obviously, this needs to be HEALTHY competition, with each player working toward a common, team-oriented objective, but nevertheless… its a competition.

As you move into higher levels of play, the players who produce results will see more ice time. Now these results may come in the form of goals and assists, or maybe in terms of physical play. Sometimes results are considered “momentum shifters” such as a big hit, a big save, a fight, or drawing a penalty at a critical time in the game.

The question is… HOW ARE YOU GOING TO SET YOURSELF UP AS A GO-TO PLAYER? How are you going to make sure YOU get the nod over someone else when you’re down by a goal with 3 minutes left in the game? How are you going to establish yourself as a disciplined, gutsy, hard-working grinder that your coach CAN’T AFFORD to sit during the penalty kill?

The humble opinion of yours truly…
My answer is, you must become a STUDENT of the game, in all respects. You have to UNDERSTAND your positioning better than anyone else, and then EXECUTE it with discipline. You have to be mentally tough, responding to pressure with IMPROVED PLAY, rather than disintegrated execution. You have to think, breath, and live the game, not only at the rink, but at home too. You have to be PHYSICALLY tough… never shying away from a hit. You have to be CONFIDENT that you can go into a battle, and come up with the puck.

So what are the key aspects of the game, that player’s should be working on to gain their edge? Here’s a list of the most important items (again in my humble opinion).

If it were easy… Everyone would be doing it!
It’s easy to be pretty good. But becoming EXCELLENT takes complete dedication both on and off the ice. Players at the highest levels understand that hockey is a lifestyle, not a pass time. It takes a lifetime of disciplined execution to achieve excellence in our sport!

On top of all that, you have to be PATIENT. You might not be a go-to player in the coach’s eyes yet. So, take the chance NOW to prepare yourself so that when you get your shot you’re ready to step in and prove that YOU deserve to be there more than your teammate!

There’s an old saying that goes “luck is when preparation meets opportunity.” Prepare yourself now to meet your opportunity, then seize the moment when it comes!

PS – What do you think of my list? Did I forget anything? Leave a comment and let me know what aspects of the game are “MUST HAVES” for you!